Additions to the Garden 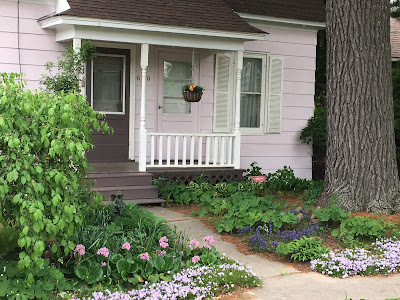 It is easy to hop on the latest plant and willy-nilly shovel it into a space in the garden. It is harder to make a considered decision for the right plant in the right space. My garden is 20 years old. It has mature shrubs, weeping crab, apple, pear, and plum trees, five different species of lilacs, swaths of daylilies and coneflowers and the front lawn entirely composed of a hosta collection. 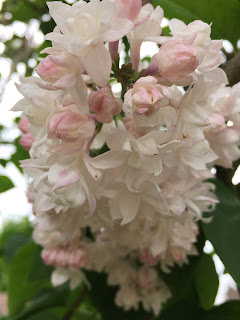 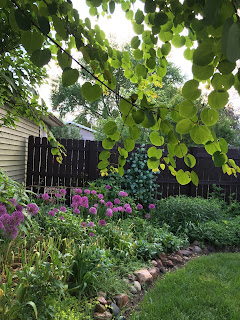 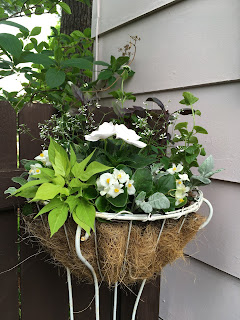 I have many clematis (16?) and this year have added or replaced a few more. I have added two 'Sweet Autumn' clematis again my chocolate brown fence, and a bush type, 'Sapphire' after seeing Erin, The Impatient Gardener rave about hers. (It still doesn't have a permanent spot. )

I am once again sticking my toe into the roses in Zone 4 waters, and will probably be heart-broken. I purchased the David Austin climber 'Tess du Umberville' and five Easy Elegance 'Champagne Wishes'. (These have been planted.) 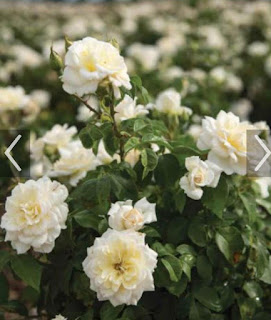 I was also gifted the entire seedling stock of spiders in a range pale lavenders and pinks to purple with green and yellow throats from my neighbor and daylily hybridizer, Darrel Apps. He said, he was "done with spiders..."; along with these which look like tulips. 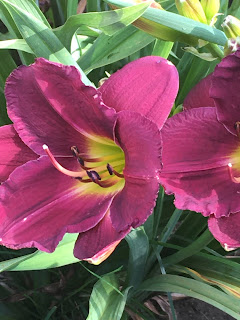 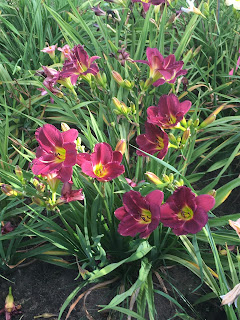 In a garden where phlox are everywhere, Asiatic lilies are beginning to seem like weeds, and beebalm, as much as the hummers fight over it, appears thug-like; I am at a lost. Only the best may stay.

Did I mention the 60 flats of annuals and perennials I started, or the 500 gladiolas corms, the dozen dahlias...

Plantaholic does not begin to describe... 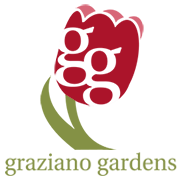 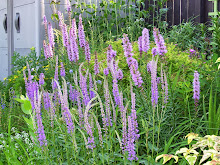